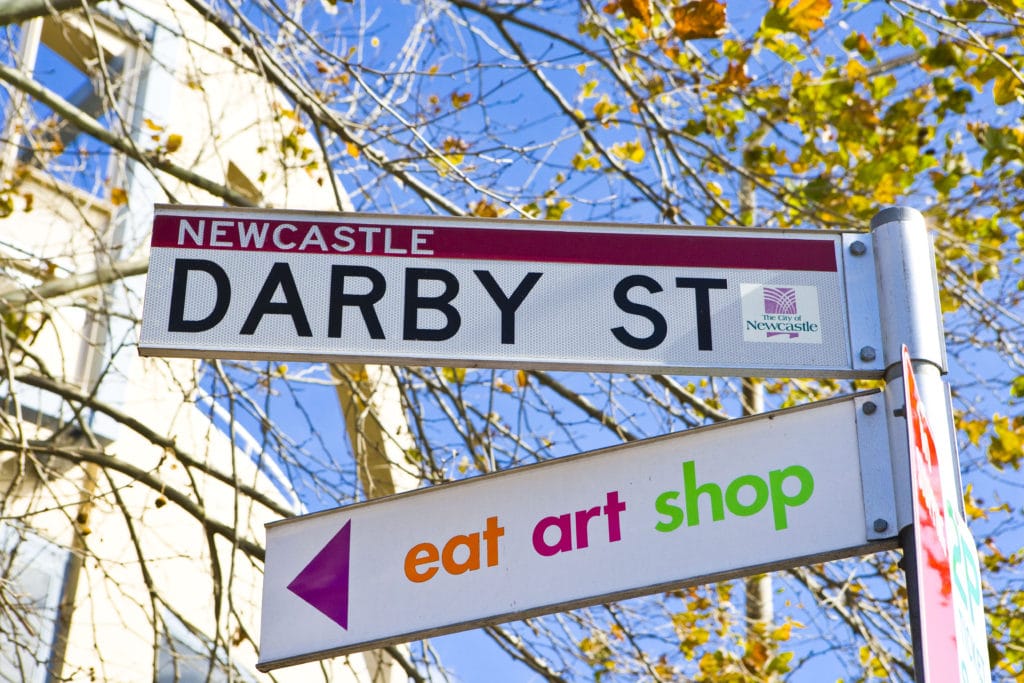 Every city has a heartland for the arts, culture and good coffee. For Newcastle, look no further than Cooks Hill, just a kilometre south of the CBD and home of the city’s main eat street, Darby Street.

The suburb has its origins in coal mining, with the land originally developed by the Australian Agricultural Company in the 1850s.

Home of the working class in the 20th century, one of the suburb’s biggest employers was the legendary Arnott’s biscuit factory on Union Street. The suburb rapidly gentrified after the earthquake in 1989 to become one of Newcastle’s most desirable postcodes.

These days, Cooks Hill’s residents are young and upwardly mobile – the average age is 32 and it has nearly double the proportion of professionals as the NSW average

Darby Street is populated by some of the city’s best cafes, along with small bars and trendy boutiques. In the back streets, corner pubs are a favourite with locals, including the Commonwealth, Oriental and Cricketer’s Arms.

The suburb is home to several art galleries, including the council’s flagship gallery on Laman Street. It also boasts some of the city’s best known parks – Civic, Centennial and the National Park sporting precinct – and is just a stone’s throw from world-class beaches

People love to live in Cooks Hill as it’s close to everything. An easy walk or bike ride to: cafes, restaurants, art galleries, the library, the harbour, the CBD and beaches.

Cooks Hill is renowned for the popular Darby Street with: great restaurants, cafes, pubs and boutique retail. It’s a joy to immerse yourself in the leafy streetscapes and charming architecture.

We offer the highest level of expertise, service & integrity.

BonVilla Property is a leading Property Management company in Newcastle & has helped hundreds of people find the perfect rental property to call home.

IT’S ALL ABOUT FINDING THE RIGHT PARTNER