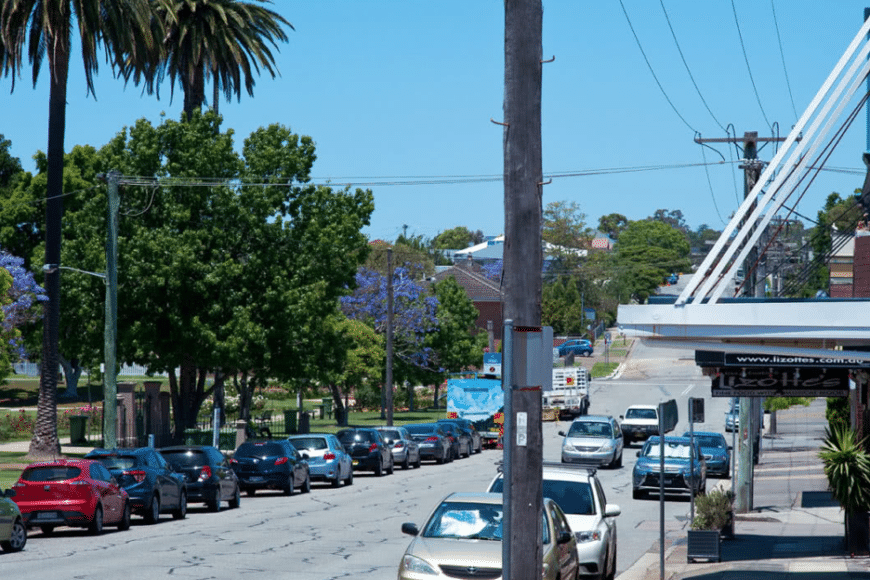 Originally a coal-mining township, In 1901 there were 14 churches, a Music Hall, Assembly Rooms, a Temperance Hall, a Mechanics’ Institute, Miners’ Institute, a Post, Telegraph and Money Order Office, a Savings Bank, Court House, Fire Brigade, Council Chambers, and fine public schools. There were collieries, coke-ovens and a soap-works at Jesmond.

With leafy streets, some of the best-regarded schools in the city and the pristine Blackbutt Reserve on its doorstep, it’s little wonder New Lambton is the suburb of choice for young families looking to lay down roots.

Six kilometres west of the CBD, New Lambton is located in the geographic heart of Newcastle, east of the ridgeline along Lookout Road.

The suburb has its origins in a colliery established in 1867 by brothers James and Alexander Brown. Lambton had been pioneered five years earlier and a railway line built between the suburbs is now the site of Lambton Park.

The suburb boasts several sporting reserves and is a few minutes from Westfield Kotara and John Hunter Hospital.

New Lambton has a higher-than-average population of children under the age of 10. It has several childcare centres and five schools, including the sought-after New Lambton Public School.

Homes are largely freestanding Californian bungalows and weatherboard cottages. Magnificent architect-designed mansions can be found on the elevated western outskirts.

The two biggest employers are hospitals and schools and incomes are higher than the NSW average.

New Lambton offers so much for everyone, from families to retirees. There is an enviable sense of community, with a dedicated shopping and dining village, outstanding school and sporting facilities and entertainment hubs, such as Wests New Lambton. The famous Blackbutt Reserve is at our fingertips.

Its central location and desirable school catchment means the suburb is always in demand and holds its own strong capital growth.

New Lambton is close to all of our hearts. It’s filled with parklands, beautiful homes and grand tree-lined parades. The people who live here have made it a sought-after community, which is truly a reflection of them!

We offer the highest level of expertise, service & integrity.

BonVilla Property is a leading Property Management company in Newcastle & has helped hundreds of people find the perfect rental property to call home.

IT’S ALL ABOUT FINDING THE RIGHT PARTNER